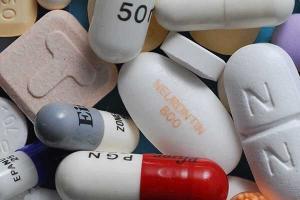 Certain AEDs-phenytoin, phenobarbital, carbamazepine, oxcarbazepine, primidone, and ethosuximide-induce the cytochrome P450 enzymes that metabolize synthetic estrogens (e.g., ethinyl estradiol and mestranol), causing a 40% reduction in serum levels. In addition, free progestin levels are decreased as a result of increased synthesis of hormone- binding globulins. The antiepileptic drugs valproic acid, gabapentin, vigabatrin, lamotrigine, topiramate, and tiagabine do not appear to induce hepatic P450 enzymes and are unlikely to interfere with oral contraceptives. The effect of felbamate on oral contraceptives is still under investigation.

The recommendation for women on antiepileptic drugs is to increase the oral contraceptive dose to 50 mcg estradiol, particularly if breakthrough bleeding occurs. However, according to Krauss et al, pregnancy may occur even at the highest dose level, sometimes with no warning of irregular bleeding. Because high doses increase the risk of thromboembolism (particularly in smokers and women over age 35), other forms of contraception should be considered as an alternative to oral contraceptives. An effective choice is the depot form of medroxyprogesterone (Depo-Provera), a potent contraceptive that has not been associated with failures due toantiepileptic drugs . By contrast, the levonorgestrol implant (Norplant) is not an effective alternative, according to Krauss et al. More than 30 unplanned pregnancies have occurred in women on AEDs who used Norplant.

“Our survey suggests that a large number of women in the United States with epilepsy are at risk for unplanned pregnancies while taking oral contraceptives,” said the Johns Hopkins investigators. Women with epilepsy should discuss reproductive issues with both a neurologist (who may be more familiar with the effects of antiepileptic drugs on oral contraceptives) and an obstetrician (who may be more familiar with the risks of birth defects).