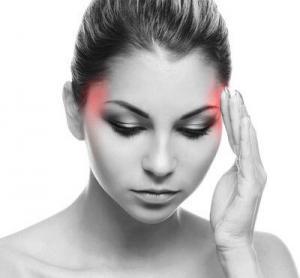 During a migraine headache attack, changes in brain activity induce inflammation of blood vessels and nerves in the head. Attacks may be triggered by alcohol, certain foods, too much or too little sleep, menstruation, emotional stress, or environmental factors. The “triptan” family of drugs, which bind to serotonin receptors in the brain, is currently the most effective class of agents for treating migraine headache. Sumatriptan (Imitrex, manufactured by Glaxo Wellcome) was the first serotonin agonist to be approved for treating migraine, but the search continues for even more effective agents with fewer side effects.

Axert (almotriptan malate) is one such drug, marketed by Pharmacia & Upjohn and developed by Almirall Prodesfarma, S.A., Spain, where the drug is currently available. Pharmacia & Upjohn filed an New Drug Application for Axert with the FDA on December 17, 1999, for the treatment of acute migraines in adults, and the FDA is currently evaluating data on the drug’s safety and effectiveness. Data presented at the annual meeting of the American Academy of Neurology (AAN) in May 2000 indicate that Axert is as effective as sumatriptan, but with fewer adverse side effects.

In one reported at the AAN meeting, 1,173 adult patients took a single dose of either Axert 12.5 mg (591 patients) or Imitrex 50 mg (582 patients) at the onset of a migraine attack. Both treatments relieved pain within two hours after taking the drug (58% for Axert vs. 57% for Imitrex). Similar pain relief was also observed between the treatment groups at 30 minutes and one hour.

Fifteen percent of patients treated with Axert experienced side effects compared with 19% of Imitrex patients. A significant difference was reported in the number of patients reporting chest pain: 0.3% of the group treated with Axert and 2.2% of the Imitrex group. The most frequently reported side effects, each of which was reported by less than 3.5% of patients in either group, were nausea, dizziness, and sleepiness. Patients receiving Axert reported that they were less bothered by side effects than those receiving Imitrex.

In another study reported at the meeting — a six-month trial to study long-term safety — 582 adult patients took Axert to relieve the pain from a total of 10,605 migraine attacks. Two hours after administration, patients experienced pain relief in 76% of the attacks. Patients reported being pain-free at two hours in 49% of attacks. In 1,718 migraine relapses that occurred within 24 hours, taking a second dose of Axert relieved pain in 86% and abolished pain in 59% at two hours.

Axert: What You Should Know

The most frequent side effects associated with Axert are nausea, dizziness, and drowsiness. Patients who are also taking propranolol may do so in conjunction with Axert without any interaction.