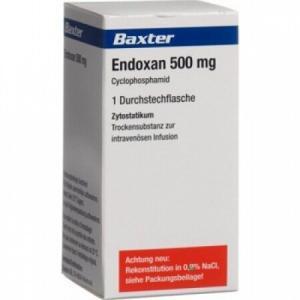 Pentostatin (SuperGen{/Wyefh/Pfizer}’s Nipent) was first administered to patients with acute leukemia in the 1970s, but it was associated with severe extramedullary toxicity, and enthusiasm for its use declined. However, patients with hairy-cell leukemia and chronic lymphocytic leukemia have shown responses at lower doses, so pentostatin is being investigated again as part of a combination regimen. This agent will garner an increasing, but modest, off-label share of sales throughout the study period owing to current investigation into its use in chronic lymphocytic leukemia by investigators at the Mayo Clinic College of Medicine and the Memorial Sloan-Kettering Cancer Center.

Pentostatin is thought to be the least myelosuppressive of the purine analogues in use to treat chronic lymphocytic leukemia. Its usage, though, is not widespread and few trial data are available.

A study published in 2003 describes the combination of pentostatin with cyclophosphamide in 21 patients with intermediate- or high-risk chronic lymphocytic leukemia and 2 patients with small-cell lymphoma who had received substantial prior therapy (median of three regimens) including fludarabine (87% of patients), chlorambucil (78%), and rituximab (26%). Responses were seen in 17 patients and included 4 CRs (17%), 1 nPR (4%), and 12 PRs (57%). When analyzing the responses in comparison with patients’ responses to previous therapies, where sufficient data were available, investigators in this trial determined that seven patients achieved their best response on this regimen. In addition, 13 patients who had previously failed fludarabine-based treatment responded, including 1 CR. (This latter group of patients is particularly difficult to treat and is left with few therapy options.) The median response duration of all 17 responders was 7 months (13 months for those in CR and 6 months for those in PR). As expected, median survival was longer for responders versus nonresponders (17 versus 8.5 months).

Mild, asymptomatic tumor lysis syndrome (the release of cellular breakdown products into the blood) was detected in 39% of patients, demonstrating the rapid cytotoxic effects of this combination, which resulted in a sharp decline in white blood cell count following the first cycle of chemotherapy. Pentostatin’s different mechanism of action may be clinically relevant in fludarabine-treated patients. The incidence of response was similar among both sensitive and refractory patients, although a higher rate of CR occurred in fludarabine-sensitive patients (30% versus 8%, respectively).

One of the major reasons for using pentostatin versus fludarabine is the potential for reducing myelosuppression. Grade 3/4 thrombocytopenia, neutropenia, and serious infections were observed in 30%, 35%, and 9% of patients in this study. The rates of thrombocytopenia and neutropenia are higher and lower, respectively, than those observed in a study of fludarabine/cyclophosphamide

(19% and 75%), and the rate of infection is lower. However, it is difficult to compare these trials because of different variables, including the use of G-CSF support in the pentostatin/cyclophosphamide study.