Anorexia nervosa and bulimia nervosa are eating disorders that are distinct but related syndromes that have in common an intense preoccupation with food. Patients with anorexia nervosa are characterized by a fear of becoming obese, disturbance in body image, anorexia, extreme weight loss, and amenorrhea. On the other hand, bulimia is characterized by periods of binge eating, alternating with fasting; self-induced vomiting; and the use of diuretics and cathartics. Bulimic behavior is seen in some patients with anorexia.

The cause of these disorders has been attributed in part to the great emphasis our society places on thinness. However, the disorders are caused by a combination of genetic, neurochemical, psychological, and sociocultural factors.

Despite profound weight loss, patients with anorexia nervosa usually regard themselves as being too fat. They may be reluctant to admit this and, in fact, often agree to increase their food intake when prompted by relatives and friends. However, they typically continue to avoid food, indulge in excessive physical exercise, and consume medications to inhibit appetite and promote diuresis and catharsis. Emotionally, the anorectic patient tends to be isolated and shuns relationships, whereas the bulimic patient is likely to be outgoing and sociable. Weight may fluctuate in bulimics because of the alternate food binging and purging, but the low points in weight usually do not reach the point of dangerous weight loss that sometimes occurs in anorectics.

Complications and consequences. Starvation is the most serious complication of anorexia nervosa. Mortality in excess of 5% has been estimated, but this figure may reflect the experience in large referral centers that deal with the most severe cases. Amenorrhea is common, and other organ system abnormalities may develop (Table MEDICAL COMPLICATIONS OF ANOREXIA NERVOSA AND BULIMIA NERVOSA). Particularly worrisome are the cardiac arrhythmias, diuretic-induced changes in electrolytes, and complications of vomiting, such as gastric and esophageal rupture and aspiration pneumonia.

The diagnosis of anorexia nervosa or bulimia should be considered when a young woman has had severe weight loss but denies that anything is wrong. A preoccupation with weight and food, distortion of body image, or any of the characteristics mentioned previously strengthens the suspicion.

The physical examination often is normal, unless a serious complication, such as cardiac arrhythmia or aspiration pneumonia, has developed. Patients with anorexia nervosa characteristically are thin or even emaciated, whereas bulimics range from underweight to overweight.

Clearly, other disorders that cause anorexia, weight loss, or vomiting must be considered. Crohn’s disease, which typically begins in adolescence or young adulthood, can present with many of the signs and symptoms of anorexia nervosa. Malabsorption syndromes also can cause profound weight loss and diarrhea (steatorrhea). Neoplasia, unusual in the age group under consideration, may also be considered. Finally, metabolic, endocrinologic, cardiovascular, renal, pulmonary, and hematologic disorders must be considered when appropriate. The complications of anorexia nervosa or bulimia may mimic those conditions.

Diagnostic studies are performed in patients suspected of having anorexia nervosa or bulimia for two reasons: to document the severity and complications of the disease and to exclude other disorders. Thus a complete blood count, serum electrolytes, serum proteins, liver tests, and renal function tests should be obtained. Examination of the entire gastrointestinal tract by sigmoidoscopy, barium enema or colonoscopy, and barium swallow-upper gastrointestinal-small-bowel x-ray series may be done. If vomiting persists, upper gastrointestinal endoscopy and esophageal motility testing are appropriate in most patients because of the high frequency of Crohn’s disease, gastrointestinal motility disorders, and other conditions in patients originally thought to have anorexia nervosa. Studies for the evaluation of diarrhea or malabsorption may be indicated in some patients.

Typically, anorectic patients deny the severity of their illness and evade adequate psychiatric and medical care or fail to comply with the treatment regimen. Bulimic patients are more motivated to seek treatment but do not tolerate therapeutic regimens that fail to give immediate relief of symptoms.

Treatment includes improvement of medical and nutritional status, reestablishment of healthful patterns of eating, and identification and resolution of psychosocial precipitants of the disorder. Most patients are treated on an outpatient basis; however, some patients may require inpatient medical and psychiatric care. Rapid weight loss, intractable purging, severe electrolyte imbalances, cardiac disturbances, and a high suicide risk are some of the indications for inpatient care.

Restoring adequate nutrition is essential to effective treatment. This may be accomplished on an outpatient basis in some instances, but hospitalization may be necessary. Some patients respond to a system of goals and rewards, that is, setting goals in terms of food intake each day and rewarding success with privileges. Malnutrition and protein deficiency may be associated with impairment of pancreatic exocrine function and mucosal lactase deficiency. Thus, initial oral feedings may result in diarrhea and failure to respond unless lactose is omitted and food is administered in small amounts. Severely malnourished patients may require enteral or parenteral nutrition, with special attention to correction of electrolyte and metabolic disorders. Vitamin supplementation should be provided as well as calcium 1,000 to 1,500 mg and Vitamin D 400 IU per day to prevent osteopenia and osteoporosis. 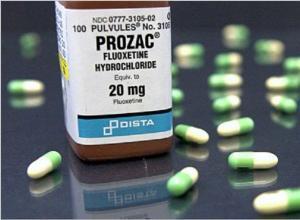 Several psychiatric methods have been used, including individual psychotherapy, group therapy, and family therapy. Psychodynamic psychotherapy with concomitant use of behavioral strategies to control symptoms has been found to be effective. Education of the patient’s family and enlisting their support in the treatment increases the chances of success. Psychopharmacologic therapy is moderately effective in treating bulimia nervosa, less so anorexia nervosa. The most effective and studied drugs are the SSRIs (serotonin reuptake inhibitors), such as fluoxetine hydrochloride (Prozac) 20 to 80 mg per day and sertraline hydrochloride (Zoloft) 20 to 80 mg per day. Desipramine hydrochloride 50 to 300 mg per day has also been beneficial; however, it is contraindicated for patients with Q-T interval prolongation and for those taking other tricyclic antidepressants.