Home > Complaints and Disorders > Bacterial Infections of the Bowel 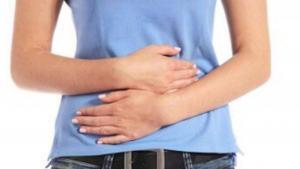 Bacterial gastroenteritis may result from the ingestion of a preformed bacterial toxin present in the food at the time of ingestion, by the production of a toxin or toxins in vivo, or by invasion and infection of the bowel mucosa by the bacterial pathogen. In this chapter, the most common bacterial pathogens affecting immunocompetent hosts are discussed.

In general, toxigenic bacteria produce watery diarrhea without systemic illness. There may be low-grade fever in some patients. Some microorganisms can produce other toxins in addition to an enterotoxin, for example, neurotoxins that can cause extraintestinal manifestations. The stools contain no blood or fecal leukocytes, which helps to distinguish these diseases from diarrheas caused by tissue-invasive organisms. Table SOME ETIOLOGIC AGENTS FOR TOXIGENIC DIARRHEA lists some of the common causes of toxigenic diarrhea. 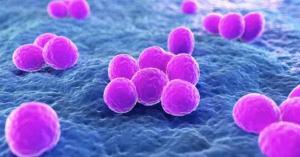 B. cereus is a frequent cause of food poisoning from many sources but is usually associated with contaminated rice or meat from Chinese restaurants. 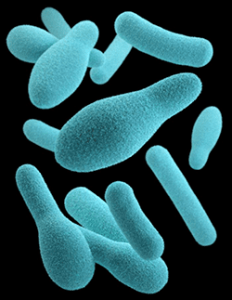 Bacteria causing «enteric» infection. The resulting diarrhea may be watery or bloody. Although watery diarrhea is often associated with infections with viruses, protozoa, and toxin-producing bacteria such as Vibrio cholerae and enterotoxigenic E. coli, invasive bacteria can also cause watery diarrhea (Table Infectious organisms that result in watery diarrhea). The diarrhea is usually greater than 1 liter/day. Systemic symptoms such as fever, headache, myalgia, and arthralgias are usually absent.

Bloody diarrhea, or dysentery, is usually accompanied by abdominal pain, tenesmus, nausea, vomiting, and systemic symptoms such as fever and malaise. Bacteria that result in bloody diarrhea are listed in Table INFECTIOUS ORGANISMS THAT RESULT IN BLOODY DIARRHEA. These enteric infections cannot be distinguished easily from one another clinically. Diagnosis must be based on the identification of the infectious agent by appropriate cultures.

Epidemiology. C. jejuni is the most common bacterial pathogen that causes bloody diarrhea in the United States. It is implicated in infections in underdeveloped countries also. The organism is a microaerophilic, gram-negative curved rod transmitted to humans from contaminated pork, lamb, beef, milk and milk products, and water, and from exposure to infected household pets. The organism is destroyed by appropriate cooking, pasteurization, and water purification. The incubation period is 1 to 7 days.

Histopathology. The bacterial endotoxin causes mucosal inflammation in the small and large intestine that resembles the lesions seen in ulcerative colitis and Crohn’s disease and those seen with Salmonella and Shigella infections. The infection is usually more severe in the colon than in the small bowel.

Bowel infections with C. jejuni and rarely C. fetus cause a diarrheal illness resembling enteritis from Salmonella and Shigella. Occasionally there is a prodrome of headache, myalgia, and malaise for 12 to 24 hours, followed by severe abdominal pain, high fever, and profuse watery and then bloody diarrhea. The diarrhea is usually self-limited and in most instances resolves in 7 to 10 days; however, in one-fifth of the instances, the diarrhea has a protracted or a relapsing course.

The diagnosis is made by history and stool and blood cultures. A fourfold rise in serum O and H agglutinin titers 3 to 4 weeks after infection confirms the diagnosis.

Treatment is supportive in most instances. Antimicrobial therapy is contraindicated for most patients because it can increase the carrier state. However, antimicrobial agents such as ampicillin, chloramphenicol, trimethoprim/sulfamethoxazole, ciprofloxacin hydrochloride, or third-generation cephalosporins can be used in young children or in patients who are susceptible to bacteremia and prolonged salmonellosis (Table TREATMENT OF COMMON ACUTE ENTERIC INFECTIONS ). Patients with bacteremia, enteric fever, and metastatic infection should be treated with antimicrobial therapy. Also, patients with underlying acquired immunodeficiency syndrome (acquired immunodeficiency syndrome), hemolytic states, lymphoma, and leukemia, and neonates, the elderly, and chronic carriers should receive antimicrobials. Anticholinergic agents and opiates should not be used because they can prolong the excretion of the bacteria.

The course of shigellosis is variable. In children, it may resolve in 1 to 3 days and in most adults in 1 to 7 days. In severe instances, it may last longer than 3 to 4 weeks with associated relapses. It may be confused with idiopathic ulcerative colitis. A minority of patients become chronic carriers.

The diagnosis of shigellosis is made by identification of the gram-negative bacillus in the stool. Sigmoidoscopic findings are identical to those of idiopathic inflammatory bowel disease.

Treatment. Patients should receive supportive therapy with antipyretics and fluids. Antiperistaltic agents such as diphenoxylate hydrochloride (Lomotil) or loperamide hydrochloride (Imodium) should be avoided. Antimicrobial therapy decreases the duration of fever, diarrhea, and excretion of the organisms in the stool. Trimethoprim/sulfamethoxazole, tetracycline, and ampicillin (but not amoxicillin) are all effective; however, resistance has been demonstrated. Ciprofloxacin and norfloxacin are also effective.

Epidemiology. EPEC is a major cause of diarrhea in both economically developed and underdeveloped countries. It commonly causes outbreaks in nurseries affecting children up to 12 months of age. It may also cause sporadic diarrhea in adults. The bacteria adhere closely to the enterocyte membrane via an adherence factor with destruction of microvilli.

Clinical disease. Disease onset is with fever, vomiting, and watery diarrhea. Symptoms may continue for longer than 2 weeks and patients may relapse.

Diagnosis is by serotype analysis

Treatment. Nonabsorbable antibiotics such as neomycin, colistin, and polymyxin have been recommended. Ciprofloxacin hydrochloride, norfloxacin, and aztreonam are also effective and preferred.

Enteroaggregating E. coli (EAGGEC) has been recognized recently as a pathogen especially affecting the ileum and the terminal ileum. The aggregating bacteria gather around the villi and cause epithelial destruction. The pathogenesis is transferred by a plasmoid via fimbriae. It causes persistent diarrhea in children and is more common in economically underdeveloped countries. The management of the diarrheal illness is similar to that of other E. coli species strains.