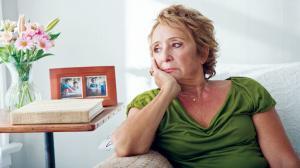 Depression is a widespread disease in our society today. Epidemiologists believe that between 8% and 19% of the general population suffers from the disorder. Indirect and direct yearly expenditures associated with depression disorders have been estimated to exceed $40 billion. It is particularly important for pharmacists involved in providing home pharmaceutical services to recognize that an estimated 6%–8% of all outpatients have symptoms of depression, leading clinicians to conclude that this is a relatively common comorbid state.

Data collected by researchers from the National Institute of Mental Health’s Epidemiologic Catchment Area Program suggest that the risk of psychiatric illness may be greater in patients who have multiple, chronic, nonpsychiatric medical conditions than in those individuals who do not have concurrent illnesses. The rate of depression coexisting with medical illnesses has been known to vary with the illness; however, this rate usually does exceed that reported for the general population.

As would be expected, patients suffering from cancer, cardiovascular disease, dementia, diabetes, Parkinson’s disease and stroke are likely candidates to exhibit depressive symptoms associated with their illness. These patients may develop somatic complaints that are typically associated with depression, such as pain, low energy and sexual dysfunctioning.

The signs and symptoms associated with the clinical presentation of a major depressive episode are categorized by health-care pro-viders into psychological and somatic symptoms and vegetative signs. Psychological and somatic symptoms associated with depression include sadness and a sad expression, a markedly diminished interest in all aspects of life, hopelessness, low self-esteem or feelings of worthlessness, inappropriate guilt, recurrent thoughts of death (possibly including suicide with or without a specific attempt) and complaints of vague aches and pains.

Particularly common symptoms of depression include a depressed mood, decreased interest or pleasure in activities, changes in appetite, weight or sleep, psychomotor agitation or retardation, loss of energy, inability to concentrate, indecisiveness and thoughts of death, dying or suicide. It is especially alarming to note that when they are left untreated, 25%–30% of adult patients with depression will commit suicide. Specific diagnostic criteria for a major depressive episode have been established and are published in the Diagnostic and Statistical Manual of Mental Disorders.

Other important depressive illnesses that should be considered include dysthymia, atypical depression and delusional depression. Individuals with dysthymia experience depressed moods most of the time for at least two years, are never without a depressed mood more than two months and have at least two vegetative symptoms. Patients with atypical depression are found to have a persistent feeling of anxiety along with symptoms of depression. These individuals often have a reversal of vegetative signs (overeating instead of losing weight, hypersomnia instead of insomnia) and also maintain some degree of enjoyment in activities. The patient with delusional depression has significant psychotic symptoms often resulting in a need for antipsychotic medication in combination with antidepressant drugs. Electroconvulsive therapy (ECT) is also an important means of treating patients with delusional depression. 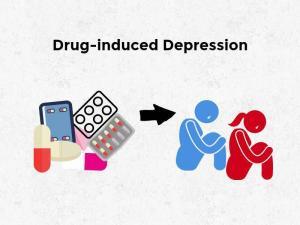 Other Factors to Consider

Clinicians are often challenged when they must differentiate between depression and dementia. This problem results from the high rate of comorbidity and symptom overlap associated with these two disorders. There are some factors that can help with determining which disorder is present. Depression has a relatively rapid onset which differs from the insidious and indeterminate onset of dementia. Both types of patients have a depressed mood; however, the orientation of the depression patient is intact, while that of the dementia patient is impaired.

Another notable difference between these patients is that the patient suffering from depression has a depressed/anxious affect, unlike that of the dementia patient, which is labile and variable. The depressed patient’s ability to concentrate is inconsistent, yet patients with dementia usually have consistent recent memory potential. The disabling nature of depression is often highlighted by patients, which is quite different from dementia patients, who try to conceal their ailment. As would be expected, there is no neurologic deficit that is classically associated with depression; however, this may be present in dementia.

The treatment options for depression include various psychotherapies, ECT, light therapy, monoamine oxidase inhibitors (MAOIs), tricyclic antidepressant drugs (TCAs) and the newer nontricyclic antidepressant agents, such as SSRIs. The potency and complex mechanisms of action of current pharmaceutical therapies require the pharmacist to carefully monitor patients treated with such agents. Pharmacists should check for drug interactions and possible adverse drug reactions by carefully reviewing the patient’s most recent medication profile.

Counseling these patients may become particularly challenging due to the nature of their illness; therefore, it may be advisable or at times even necessary to obtain the assistance of the patient’s caregiver. Although it is beyond the scope of this article to discuss the pharmacologic management of depression in detail, the interested reader is referred to the excellent recent review articles written by Hartman and Watanabe and Jesson for additional information.