A 50-year-old salesman was admitted to the hospital with acute appendicitis. He has no significant medical history, takes no medications, does not smoke cigarettes, and has an alcoholic beverage “once in a while with the boys.” He underwent an uncomplicated appendectomy. On the second hospital day, you find him to be quite agitated and sweaty. His temperature, heart rate, and blood pressure are elevated. A short time later he has a grand-mal seizure. You suspect that he is having withdrawal symptoms from chronic alcohol abuse and give IV lorazepam for immediate control of the seizures and plan to start him on oral chlordiazepoxide when he is more stable.

What are the acute pharmacologic effects of ethanol?

What are the chronic pharmacologic effects of ethanol?

How is alcohol metabolized?

What is the pharmacologic basis for using benzodiazepines to manage alcohol withdrawal?

Answers to case: Drugs of abuse

Summary: A 50-year-old man is displaying symptoms and signs of acute alcohol withdrawal. 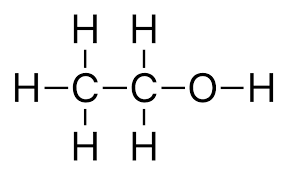 Benzodiazepines in alcohol withdrawal: Both alcohol and the benzodiazepines enhance the effect of y-aminobutyric acid (GABA) on GABAA neuroreceptors, resulting in decreased overall brain excitability. This cross-reactivity explains why relatively long-acting benzodiazepines (e.g., lorazepam, chlordiazepoxide) can be substituted for alcohol in a detoxification program. 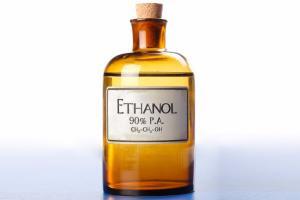 Ethanol is the most widely used CNS depressant. It is rapidly absorbed from the stomach and small intestine and distributed in total body water. Its exact mechanism of action is not known, but may be related to its generally disruptive effects on cell membrane protein functions throughout the body, including effects on signaling pathways in the CNS. At low doses it is oxidized by cytoplasmic ADH. At higher doses it is also oxidized by liver microsomal enzymes, which may be induced by chronic use. These enzymes are rapidly saturated by the concentrations of alcohol achieved by even one or two alcoholic drinks so that its rate of metabolism becomes independent of plasma concentration. Tolerance to the intoxicating effects of alcohol can develop with chronic use. Cross-tolerance with barbiturates and benzodiazepines may also develop. Because of this cross-tolerance effect, benzodiazepines are the most commonly used agents for the treatment of alcohol withdrawal, a potentially life-threatening syndrome commonly seen 2-3 days after the abrupt cessation of alcohol use by a chronic abuser. A long-acting benzodiazepine can be taken, and gradually tapered, to mitigate this effect. Disulfiram is also used on occasion to manage alcoholism. It is a drug that inhibits aldehyde dehydrogenase that in the presence of alcohol causes an accumulation of acetaldehyde, which results in a highly aversive reaction consisting of flushing, severe headache, nausea and vomiting, and confusion. Naltrexone, an opioid antagonist, is yet another drug used to manage alcoholism.

Approach to pharmacology of ethanol

2. List the common drugs of abuse and their properties.

3. List the adverse effects of the common drugs of abuse.

Drug abuse: Nonmedical use of a drug taken to alter consciousness or to change body image that is often regarded as unacceptable by society. Not to be confused with drug misuse.

Drug tolerance: Decreased response to a drug with its continued administration that can be overcome by increasing the dose. A cellular tolerance develops to certain drugs of abuse that act on the CNS because of a poorly understood biochemical or homeostatic adaptation of neurons to the continued presence of the drug. Also, in addition to a cellular tolerance, a metabolic tolerance can develop to the effects of some drugs because they increase the synthesis of enzymes responsible for their own metabolism (alcohol, barbiturates).

Drug dependence: Continued need of the user to take a drug. Psychologic dependence is the compulsive behavior of a user to continue to use a drug no matter the personal or medical consequences. Inability to obtain the drug activates a “craving” that is very discomforting. Physical or physiologic dependence is a consequence of drug abstinence after chronic drug use that results in a constellation of signs and symptoms that are often opposite to the initial effects of the drug and to those sought by the user. Psychologic dependence generally precedes physical dependence but, depending on the drug, does not necessarily lead to it. The development of physical dependence, the degree of which varies considerably for different drugs of abuse, is always associated with the development of tolerance, although the exact relationship is unclear.

Drug addiction: A poorly defined, imprecise term with little clinical significance that indicates the presence of psychologic and physical dependence.