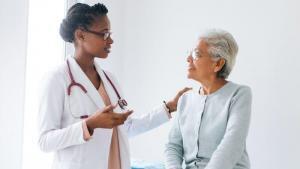 The incidence of epilepsy is highest in patients >75 years, with a point prevalence of 1.5%, and as the population ages doctors will treat increasing numbers of older patients with epilepsy. Treatment of epilepsy in older patients is complicated by alterations in pharmacodynamics and pharmacokinetics, metabolic derangements, presence of multiple co-morbid diseases, polypharmacy and psychosocial factors.

The aetiology of epilepsy in older patients differs from that of young people; the most frequent cause being cerebrovascular disease. Seizures are usually partial in onset and may be mistaken for recurrent strokes or TIAs, which may lead to unnecessary investigations and inappropriate treatment. In addition, morbidity and mortality are higher in elderly patients with seizures. However, the literature suggests that if the elderly patient can tolerate the anti-epileptic drug, the prognosis is usually good, with seizure freedom rates of over 60% at 1 year.

Physiological changes occur with increasing age, and these affect anti-epileptic drug absorption and metabolism. Gastric emptying, gastrointestinal blood flow and bowel motility are often reduced and gastric pH higher in elderly people. These affect drug solubility and ionization and may reduce the rate and amount of drug absorbed. In addition, the volume of distribution of a drug may be altered by muscle loss and an increase in fat which occurs with age.

Protein binding is altered due to low levels of albumin, which occurs in normal elderly people as well as those with malnutrition, renal or hepatic disease. This affects anti-epileptic drugs which are highly protein bound such as phenytoin, valproate and carbamazepine, meaning that the free drug level may be more useful in these patients.

Hepatic phase I reactions and renal clearance both decrease with advancing age; elderly patients are therefore at higher risk of anti-epileptic drug toxicity at lower doses. While there are no specific recommendations with regard to anti-epileptic drug dosing in the elderly, they may develop toxic effects at lower levels and may only tolerate lower doses. 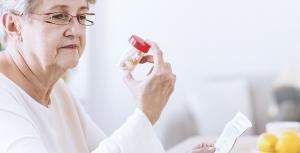 Depression is common in the elderly, as it is in epilepsy. Johnson found that interictal psychiatric features impacted more on quality of life in people with epilepsy than did seizure frequency. Depression is frequently under-diagnosed and inadequately treated, and may impact negatively on long-term outcome. Unfortunately, most anti-depressant medications can lower the seizure threshold. Selective serotonin re-uptake inhibitors have a lower risk of seizures than the tricyclic anti-depressants. The risk of seizures associated with most anti-depressants is <0.4% overall with a dose-dependent relationship; however, the risk is probably higher in patients with epilepsy and in the elderly. If a patient at higher risk of seizures requires an anti-depressant, using a low dose and slower dose escalation may reduce the seizure risk.

Osteoporosis is frequent in the elderly population, and fractures are a major cause of morbidity and mortality. Patients with epilepsy on anti-epileptic drugs have double the risk of fractures, probably due to a combination of increased risk of falls due to adverse effects of anti-epileptic drugs, seizure-related trauma and reduced bone health. A number of anti-epileptic drugs, predominantly phenytoin, valproate and phenobarbital have been associated with reduced bone mineral density, although more recent studies have also implicated carbamazepine and oxcarbazepine. Patients at risk should be offered dual energy X-ray absorptiometry (DEXA) scanning and may require treatment with bisphosphonates and calcium and vitamin D supplementation.

One study found that the mean number of daily medications for elderly patients in the community was eight, with 40% prescribed more than nine medications daily. Polypharmacy increases the risk of medication non-compliance, which may in turn increase the risk of seizures. In addition, polypharmacy increases the potential for drug-drug interactions. Elderly patients are more likely to have memory problems and visual impairment and these factors make medication errors more likely. Because of the narrow therapeutic index, lower tolerability and higher adverse effect rate of anti-epileptic drugs in older patients, it is preferable to initiate anti-epileptic drugs at lower doses and titrate more slowly than is necessary in younger patients.

Adverse effects of anti-epileptic drugs are one of the most important problems in epilepsy management in elderly people. Older patients are often excluded from drug trials due to co-morbid illnesses and presence of other medications; however, the literature suggests decreased tolerability of the first-generation anti-epileptic drugs with increasing age. In addition, the recent Veterans’ Affairs Cooperative Study found that retention rates in elderly people with epilepsy were better for lamotrigine and gabapentin than for carbamazepine, without any significant difference in rates of seizure freedom. Despite this, phenytoin, carbamazepine and valproate remain the most frequently prescribed anti-epileptic drugs in nursing home residents. Elderly patients are more likely to develop adverse effects of drugs at lower doses, as they tend to tolerate a narrower therapeutic range. Adverse effects such as tremor, ataxia, visual disturbances and sedation are common and occur at lower drug levels in elderly people. These adverse effects in turn increase the risk of falls and of non-compliance.