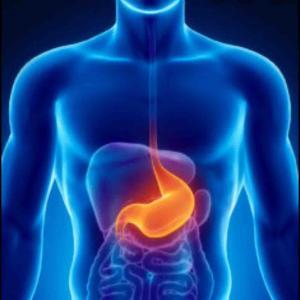 The main complications of dilatation are perforation and bleeding. Perforations are rare, but should be suspected if the patient complains of persistent pain after dilatation. Perforations identified using x-ray contrast studies. Patients receive intravenous nutrition and antibiotics to protect organisms from the oral flora. Surgical drainage and repair should be considered early, since mortality associated with large esophageal perforations is high.

Stricture dilatation and drug therapy for reflux give good results in 65-85% of patients. Esophageal lumen patency is supported by additional dilations at intervals of weeks to months.

For 15–40% of patients in whom dilatation and drug therapy fail, surgery is indicated. The preferred surgical approach to strictures is pre- or intraoperative dilatation combined with antireflux surgery, such as Nissen fundoplication. If the stricture cannot be expanded or too extensive, a resection and a through anastomosis or the location of a segment of the colon or small intestine can be used. They can be combined with Nissen fundoplication to avoid leakage of anastomosis or relapses of strictures. 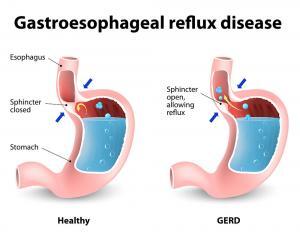 A small percentage of patients with gastroesophageal reflux disease, in addition to severe esophagitis, have deep peptic ulcers penetrating the muscle layers. These ulcers sometimes perforate or cause massive bleeding. Most of these ulcers respond to intensive drug therapy, but some require surgical intervention. Deep ulcers are often found in the Barrett metaplastic epithelium. These ulcers should be biopsied before starting therapy to exclude the possibility of malignant neoplasms.

Barrett’s epithelium consists of a complex mixture of various types of cells, glands and surface architecture, which is usually observed in the small intestine with varying degrees of atrophy.