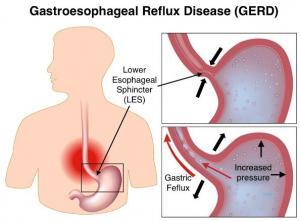 Gastroesophageal reflux disease (GERD) is one of the most common chronic disorders of the upper gastrointestinal tract presenting to primary care physicians and gastroenterologists. Epidemiological studies suggest that between 21% and 44% of the adult population report symptoms of heartburn on a monthly basis and 18% of these individuals use nonprescription medications for this problem. In addition, GERD is reported by 45%–85% of women during pregnancy.

While the associated mortality is low, there is significant morbidity and the patient’s quality of life can be greatly affected. Variable in severity and prognosis, it is a disorder that leads to irritation and eventual injury to the esophageal mucosa. Of patients with symptomatic GERD, 40% will develop a major complication including erosive reflux esophagitis, which potentially can lead to stricture formation, esophageal ulceration and hemorrhage.

Although symptoms of the disease can improve and even disappear, long-term studies suggest that these patients will have significant morbidity after their diagnosis. Therefore, patients with gastroesophageal reflux disease may require lifelong therapy, which will require pharmacists to play an interactive role in managing this disease.

The disease encompasses a broad spectrum of symptoms and clinical disorders, from heartburn without esophagitis to severe complications (Table 1).

The most frequent symptoms include heartburn and acid regurgitation, but combinations of symptoms are common. Many patients have heartburn along with epigastric pain. Up to 50% of patients with evidence of esophagitis at endoscopy present with atypical symptoms, such as noncardiac chest pain, hoarseness, nausea, and respiratory problems. The symptoms and severity of disease are not predictive with the degree of esophageal damage as evidenced at endoscopy.

Heartburn symptoms may actually decrease as the esophageal opening narrows due to esophageal stricture, because the stricture prevents acid reflux. All patients with alarm symptoms such as dysphagia, weight loss, bleeding or anemia (Table 2) should be evaluated by a physician before therapy is initiated.

The natural course of the disease may vary, in which patients have intermittent attacks with prolonged periods of remission. However, a number of complications can develop related to the disease.