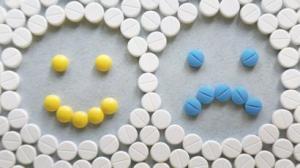 It has become almost common knowledge that the group of antidepressants called SSRIs (selective serotonin reuptake inhibitors) can cause sexual problems, including lack of interest and difficulty in becoming aroused or reaching orgasm. But research findings presented at the annual meeting of the American Psychiatric Association in Chicago last week suggest that for most depressed patients, sexual interest and function get better, not worse, when depressive symptoms are treated effectively.

“You have a considerably larger number who are reporting improvement during treatment. That’s not generally appreciated,” stated Dr. David Michelson, a neuroscientist from Eli Lilly and Company, the manufacturers of Prozac. “The degree to which treating the depressive symptoms seems to actually improve sexual functioning is pretty impressive”. Dr. Michelson was part of a team of researchers that studied sexual function in more than 500 adult men and women being treated with fluoxetine (Prozac).

The researchers asked study participants to complete questionnaires rating four aspects of sexual function: interest, arousal, orgasm and overall sexual function. The questionnaires were filled out before beginning to take the drug, after the initial 13-week treatment period and then monthly, during a 25-week continuation study.

Dr. Michelson reported that about 13 percent of women and 18 percent of men found that their sexual function got worse during treatment, and that these percentages were somewhat higher when patients were asked specifically about orgasm.

A second study, presented by Dr. Christina Dording of Massachusetts General Hospital in Boston, reported similar proportions of patients who develop sexual dysfunction during treatment for major depression. In this study, 127 adult men and women who had responded well to eight weeks of treatment with 20 mg/day of fluoxetine had their doses increased to 40 mg/day.

Overall, 19 percent of the patients who completed the second, 28-week phase of the study reported sexual dysfunction, including inability to reach orgasm, loss of interest, erectile dysfunction and delayed ejaculation. About half of these reported sexual dysfunction during the first eight-week part of the study, and half reported difficulties during the second phase. In six of these 24 patients, sexual difficulties cleared up without treatment, Dr. Dording reported.

These two sets of findings suggest that about one in five patients who take fluoxetine for depression may experience symptoms of sexual dysfunction. On the other hand, the majority of patients don’t, and in fact many find that with effective treatment of their depressive symptoms, their sexual function improves too.

Editorial Commentary: Sexual dysfunction, primarily decreased sex drive and difficulty with orgasm, has been an important issue since the launch of SSRIs. Some studies have reported such side -effects in over 50 percent of users. Generally, the side effects improve with time, but do not disappear. The studies cited in the accompanying article report moderate rates of sexual side effects, and confirms a generally recognized finding of moderate baseline sexual dysfunction prior to treatment for depression. For patients with SSRI-induced sexual dysfunction, lowering the dose, waiting, and adding an additional medication, such as buproprion, a stimulant, or Viagra, have all been reported to be helpful.