Effects on the musculoskeletal system. 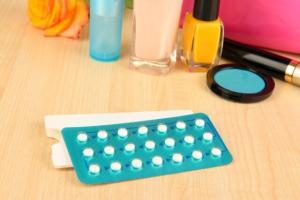 There is stronger evidence that bone mineral density is reduced in current users of the depot progestogen-only contraceptive, medroxyprogesterone acetate. Recovery occurs after stopping treatment, but it is still unclear whether adult women can regain baseline bone mineral density levels, and whether adolescents can reach peak bone mass. There is also a lack of data on the clinical outcome of fracture in both current and former users of all ages.

As adolescence is an age at which bone mineral density is normally increasing there is some concern about the possible long-term effects of medroxyprogesterone. The UK CSM has advised that in adolescents it should only be used if other methods of contraception are unsuitable or unacceptable, and that there should be a re-evaluation of risks and benefits for women of all ages who wish to continue use beyond 2 years. The FDA has also advised that, for all women, medroxyprogesterone should only be used as a long-term contraceptive, giving an example of more than 2 years, if other contraceptive methods are inadequate. In contrast, however, WHO advises that there should be no restriction, including duration of use, on the use of medroxyprogesterone in women aged 18 to 45 who are otherwise eligible to use it in adolescents and women over 45, the advantages generally outweigh the theoretical risks of fracture, but because of limited data on long-term use the overall risks and benefits should be reconsidered over time with the individual user. Others offer similar recommendations in support, pointing out that further research is needed. 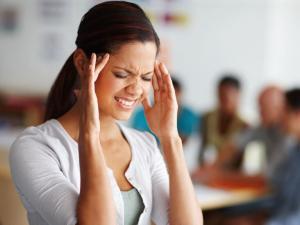 Effects on the nervous system. Headache is reported as a common adverse effect and frequent reason for stopping combined oral contraceptives. However, a systematic review found that although study results could not be pooled, there was no strong evidence associating combined oral contraceptive use with headache. There may have been an increase in headache in the early cycles, but this tended to improve with continued use for most women there was no effect on headache activity and some actually reported improvement. Headache also appeared to be associated with oestrogen withdrawal during the tablet-free week of the cycle, but there was no evidence that headache was improved by changing to a preparation with a lower dose of oestrogen. However, some women appeared to be at higher risk, such as those with a strong personal or family history of troublesome headaches, particularly migraine. Combined oral contraceptives are not contra-indicated in women with non-migrainous headache, but they should be used with caution or avoided in women with migraine because of the increased risk of stroke (see Migraine, under Precautions, below).

Chorea has been reported in women using combined oral contraceptives. Reviews of the literature have reported the onset of chorea to range from 1 week to 11 months, with an average of 3 months, and resolution of symptoms after stopping the contraceptive to occur after 1 week to 5 months or an average of 5 weeks. The mechanism of this effect is unclear. Some cases occurred in patients with no history of neurological disease, but others had a history of rheumatic fever, often with Sydenham chorea, or chorea gravidarum, chorea secondary to other conditions, or congenital heart disease. There is some evidence that chorea could be mediated by the production of antiphospholipid antibodies, as either a primary antiphospholipid syndrome or secondary to SLE. It has been suggested that the production of these antibodies could be aggravated by the oestrogen component of combined oral contraceptives In another case report it was suggested that the presence of anti-basal ganglia antibodies might have played a role in the development of chorea by making the basal ganglia more susceptible to the effects of the oestrogen component of an oral contraceptive.

It is generally advised that combined oral contraceptives should be used with caution or avoided in women with antiphospholipid antibodies because they are at increased risk of venous throm-boembolism, see Cardiovascular Disease, under Precautions, below.

Effects on the pancreas. There have been reports of pancreatitis secondary to hyper lip idaemia associated with the use of combined oral contraceptives. 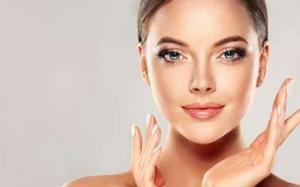 Effects on the skin. Oral contraceptives may cause chloasma, and those containing androgenic progestogens may cause or aggravate acne and hirsutism. More rarely, oral contraceptives have been implicated in photosensitivity reactions and photosensitivity associated with drug-induced lupus erythematosus. A survey of people using UVA sunbeds at commercial premises in the UK revealed that the prevalence of pruritus, nausea, and skin rashes as adverse reactions to sunbed use was higher in women taking oral contraceptives than in women receiving no medication. There has been a report of hidradenitis suppurativa, a condition resulting in the recurrence of boils at the axillary apocrine sweat glands, anogenital region, and breasts, occurring in 7 women using oral contraceptives. Sweet’s syndrome (acute febrile neutrophilic dermatosis) has been described very rarely with hormonal contraceptives. In one case, the reaction started 10 days after beginning a combined oral contraceptive and resolved after stopping the contraceptive and treating with oral and topical corticosteroids. The woman reported that a similar reaction had occurred 6 months earlier with a different combined oral contraceptive. Sweet’s syndrome has also occurred 1 month after insertion of a levonorgestrel IUD the condition was controlled with corticosteroids, but only resolved completely after removal of the IUD. For mention of the refuted association between oral contraceptives and malignant melanoma, see Skin under Carcinogenic ity above. Autoimmune progesterone dermatitis has been reported in women with a history of oral contraceptive use.

Pelvic inflammatory disease. It has been suggested that oral contraceptives protect against pelvic inflammatory disease. However, although oral contraceptives are thought to reduce the risk of developing acute pelvic inflammatory disease, higher rates of infection of the lower genital tract by Chlamydia trachomatis, and, more tentatively, Neisseria gonorrhoeae, have been reported. Other studies have suggested that oral contraceptive use is associated with reduced symptom severity, but absence of symptoms is not the same as absence of disease: oral contraceptives might reduce the inflammatory reaction to infection, resulting in unrecognised disease and subsequent complications such as tubal infertility and ectopic pregnancy. There is evidence that users of older oral contraceptives containing more than 50 micrograms of oestrogen may have been at increased risk of tubal infertility, particularly if first used before 20 years of age. No increased risk, or an active decrease in risk (depending on age at first use) was reported for formulations containing 50 micrograms or less of oestrogen, which are now favoured. The possible effects of depot medroxyprogesterone acetate have also been examined and one study suggested that it was associated with an increase in cervical chlamydial and gonococcal infections. However, confounding factors in this study such as sexual practices, a history of infection, and the background pool of infectivity in sexual partners, have been highlighted and cast doubt on a true causal relationship between medroxyprogesterone acetate and risk of infection.