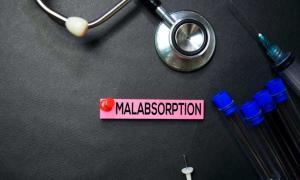 The term malabsorption connotes the failure to absorb or digest normally one or more dietary constituents. Patients with malabsorption often complain of diarrhea, and sometimes the distinction between malabsorption and diarrhea of other causes initially is difficult. For example, patients with primary lactase deficiency fail to absorb a specific dietary constituent, lactose, and a watery, osmotic diarrhea develops. However, most patients with malabsorption present with a syndrome characterized by large, loose, foul-smelling stools and loss of weight. On additional study, it is found that they cannot absorb fat and often carbohydrate, protein, and other nutrients also. Table DISORDERS THAT MAY CAUSE MALABSORPTION OR MALDIGESTION OF ONE OR MORE DIETARY CONSTITUENTS indicates that a wide variety of disorders of the organs of digestion can cause malabsorption or maldigestion.

Before discussing the disorders that may cause malabsorption, it is useful to review several of the diagnostic studies that are available to aid in evaluating patients with this condition. The number and order of diagnostic studies used depends on the clinical signs and symptoms of the patient.

Plain films or computed tomography scan of the abdomen may show calcification within the pancreas, which indicates chronic pancreatic insufficiency.

A barium examination of the upper gastrointestinal tract, including the small bowel, usually is one of the first diagnostic studies in the evaluation of malabsorption syndrome. Often the findings are nonspecific. The bowel may be dilated and the barium diluted because of increased intraluminal fluid. A more specific finding is thickening of the intestinal folds caused by an infiltrative process, such as lymphoma, Whipple’s disease, or amyloidosis. The narrowed, irregular terminal ileum in Crohn’s disease is virtually diagnostic, although lymphoma and other infiltrative disorders also must be considered. Diverticula, fistulas, and surgical alterations in bowel anatomy also may be evident.

Malabsorption of fat (steatorrhea) is common to most malabsorptive conditions (Table EXPECTED DIAGNOSTIC FINDINGS ACCORDING TO CAUSE OF MALABSORPTION). Patients should ingest at least 80 g of fat per day to obtain reliable interpretation of qualitative or quantitative fat determination. Mineral oil and oil-containing cathartics should be avoided.

The Sudan stain for fecal fat is easy to perform and reasonably sensitive and specific when interpreted by an experienced person. A small amount of fresh stool is mixed thoroughly with normal saline or water on a glass slide. A drop of glacial acetic acid is added, and the slide is heated to hydrolyze the fatty acids from the triglycerides in the stool. The Sudan stain is then added. Increased stool fat is indicated by abnormally large or increased numbers (>100/40x field) of fat droplets.

The quantitative determination of stool fat is more accurate than qualitative screening, but the collection of stool often is disagreeable to patients, family, and nursing personnel. The stool is collected over 72 hours in a large sealed container, which can be enclosed in a plastic bag and refrigerated to contain unpleasant odors. Most normal people excrete up to 6 g of fat per 24 hours on a diet that contains 80 to 100 g of fat. Stool fat in excess of 6 g per 24 hours can result from a disorder of fat digestion at any stage, including pancreatic insufficiency (decreased lipase), bile acid insufficiency, mucosal disease, or lymphatic obstruction.

Although computed tomography of the abdomen and endoscopic retrograde cholangiopancreatography  do not measure pancreatic function directly, abnormalities such as dilated or strictured ducts, calcification, and pancreatic masses can imply pancreatic disease.

Conjugated bile acids that are secreted into the duodenum are resorbed with about 95% efficiency in the terminal ileum. If radio-labeled [14C]-glycocholate is given orally to a healthy person, about 5% of it enters the colon and undergoes bacterial deconjugation. The carbon dioxide (14CO2) derived from the glycine is absorbed and excreted by the lungs and can be measured in expired air. Bacterial overgrowth in the small intestine promotes earlier bacterial deconjugation of the [14C]-glycocholate, and consequently, a larger amount of 14CO2 is measured in the breath. Similarly, disease or resection of the terminal ileum allows more bile acids to pass into the colon and undergo bacterial deconjugation, resulting in an increase in expired carbon dioxide.

D-Xylose is a five-carbon sugar that remains intact when it is absorbed across intestinal mucosa. Consequently, measurement of xylose absorption can be used as a screening test for diffuse disease of the small intestinal mucosa. The patient drinks 25 g of xylose dissolved in 500 mL of water, and the urine is collected for the next 5 hours. A healthy person absorbs enough xylose to excrete more than 5 g of xylose. Because low xylose excretion can result from inadequate hydration, the patient is encouraged to drink an additional 1,000 mL of water during the 5 hours of urine collection. In addition to mucosal disease, a low urinary xylose excretion can result from small-bowel bacterial overgrowth, decreased circulatory volume, massive ascites, and renal disease. To avoid the problem of urine collection in patients with renal disease or who are unable to collect the urine accurately, a blood xylose level at 2 hours after ingestion of the xylose can be determined. The normal 2-hour blood xylose level is above 40 mg/dL.

Lactose absorption also can be assessed by measuring breath hydrogen (H2) after oral administration of 25 g of lactose. If lactose absorption in the small bowel is impaired, an abnormally large amount of lactose reaches the colon, where bacteria ferment it, forming excessive amounts of H2. The H2 is absorbed and excreted by the lungs.

The standard Schilling test measures the 24-hour urinary excretion of orally administered cobalt-labeled vitamin B12 and has been used to diagnose conditions in which intrinsic factor (intrinsic factor) may be absent, such as pernicious anemia or gastric atrophy. When intrinsic factor is given with vitamin B12, the test becomes a measure of terminal ileal or pancreatic function, because dietary vitamin B12 is bound in the stomach to an endogenous protein called R protein. Pancreatic enzymes degrade the R protein in the proximal small bowel and lower its affinity for vitamin B12, resulting in the rapid transfer of B12 to intrinsic factor. The intrinsic factor-B12 complex continues to the terminal ileum, where it binds to specific receptors on the surface of the epithelial cells. Thus lack of sufficient pancreatic enzymes or of terminal ileal mucosa may result in abnormal vitamin B12 excretion. Normally, more than 10% of the labeled dose is excreted within 24 hours. Other conditions that predispose to a low urinary excretion include poor hydration, decreased circulatory volume, renal disease, small-bowel bacterial overgrowth, and infestation with the tapeworm Diphyllobothrium latum.

Photomicrographs of normal human small-intestinal mucosa and of the mucosa from a patient with celiac sprue are shown in Figures 30-4 and 30-5, respectively.

Table EXPECTED DIAGNOSTIC FINDINGS ACCORDING TO CAUSE OF MALABSORPTION outlines the expected findings of several diagnostic studies that may be applied to the evaluation of patients with malabsorption. Not all of the studies listed are necessarily performed in patients with suspected pancreatic insufficiency. The small-bowel x-ray series in pancreatic insufficiency may be abnormal in a nonspecific manner, that is, the barium may be diluted and segmented because of the increased intraluminal contents. Because pancreatic lipase is essential for fat digestion, the 24-hour quantitative fecal fat determination is elevated, sometimes in the range of 30 to 40 g.

Treatment. Pancreatic enzyme preparations can be given orally to augment or replace endogenous enzymes. Because these tablets are inactivated rapidly by gastric acid, two to three tablets must be taken before, during, and after each meal. Supplemental acid-suppressive medications may prolong the activity of these preparations. Specially designed sustained-release pancreatic enzyme preparations, which are unaffected by gastric acid, are also available. A low-fat diet may be useful in the control of severe steatorrhea. Some patients require supplemental calcium, vitamin D, and other fat-soluble vitamins.