The doctor tells you to “cut back on salt” due to high blood pressure. What do you do? Stop using the saltshaker? Scan the food labels for sodium content? Read on to find out the best way to follow your doctor’s advice.

Table salt is the common name for sodium chloride, a mixture that is 40% sodium and 60% chloride. The American Heart Association recommends limiting sodium intake to no more than 2400 mg per day, about the amount of sodium present in 1 ¼ teaspoons of table salt. 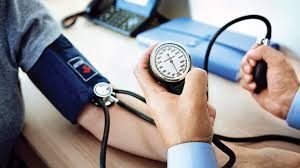 High blood pressure affects one in four adults and is a major risk factor for stroke, heart disease, and kidney failure. About 30% of the American population is believed to be sodium-sensitive; meaning too much sodium in their diet contributes to high blood pressure by upsetting the body’s fluid balance. Since there’s no way of knowing if you’re one of the sodium-sensitive people, standard medical advice often begins with lowering dietary intake of sodium. Other minerals may be just as important in regulating blood pressure. Adequate intake of potassium from fruits and vegetables, calcium from dairy products and some vegetables, and magnesium from whole grains is crucial in determining blood pressure levels.

So where’s the sodium? 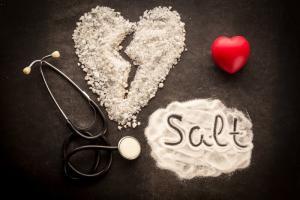 Seventy five percent of the sodium in the American diet comes from processed foods, not from the salt shaker sitting on your dining room table. A preference for salty foods is acquired through frequent exposure and not an inborn taste preference. Just taste any brand of commercial baby food and you’ll immediately notice the lack of salt. Infants haven’t yet developed a liking for salt, and too much can damage their still fragile kidneys so it is intentionally left out of commercial baby food products.

Sodium helps preserve food by slowing the work of harmful bacteria, yeast and molds to prevent food spoilage and illness. Think back to the days of salt-cured meats and pickled vegetables. Salt was used in preserving these foods for later use, with flavor being only a secondary issue.

Other uses of sodium in food processing include:

– Slowing the fermentation process in cheese, bread dough and sauerkraut

– Holding processed meats such as sausage together

– Improving the texture of breads and crackers

· Sodium-free – less than 5 milligrams of sodium per serving

· Low-sodium – 140 milligrams or less per serving

· Unsalted, no salt added or without added salt – made without the salt that is normally used, but still contains the sodium that is a natural part of the food itself.

Processed foods, including canned foods, cured meats, frozen dinners and commercially baked goods such as cookies and pastries contain the most sodium. Take a trip through the grocery store with us to identify foods low and high in sodium:

· Cookies and crackers may appear low in sodium, but that’s because the serving sizes are small – typically two cookies or crackers. Sodium content per serving ranges from 25-270 mg. 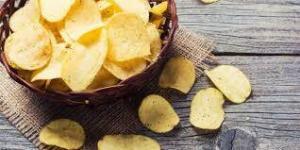 · One cup of pork skins has 850 mg sodium; one cup of cheese-flavored snacks 700 mg, one cup chips 165 mg, and one cup popcorn has 90 mg sodium. One cup is approximately the amount you can hold in both hands cupped together.

· One ounce of cheese typically contains 160-200 mg sodium. Feta, gorgonzola, and processed cheese contain even more sodium, up to 500 mg per ounce.

· Read breakfast cereal labels carefully for sodium content. Some types such as puffed rice contain almost no sodium while others pack a whopping 475 mg per cup.

· Sausage and lunchmeat are high in sodium unless you search for unsalted varieties. One slice of lunchmeat contains 250 mg sodium, while one typical sausage can contain 700 mg of sodium.

· The size of frozen dinners varies considerably, yet the sodium content remains consistently high. 550-1300 mg sodium per serving are not uncommon.

· Canned soups contain 800-1100 mg sodium per cup. Remember that most cans of soups are meant to serve two people; if you eat the entire can yourself you’ll double the sodium content.

General recommendations for healthy people without high blood pressure are 2400 mg sodium per day. That’s the amount used on food labels to calculate the percent Daily Value. The American Heart Association recommends no more than 3000 mg sodium per day for healthy individuals. If you have high blood pressure, limiting sodium to the 2400-3000 mg range is a good start, since the typical American diet contains 4000-6000 mg of sodium per day! Physicians may recommend lower amounts of sodium, but it is difficult to follow a plan that contains less than 2000 mg of sodium without purchasing special low-sodium foods. To keep within the 2400-3000 mg sodium range, following the suggestions here:

– choose fresh fruits and vegetables as often as possible
– look for sodium-free frozen and canned vegetables
– use salt-free seasonings such as herbs, spices and vinegar in cooking and at the table
– avoid adding salt when cooking pasta, rice, or vegetables
– choose fewer salty snacks such as salted nuts, popcorn, chips, pretzels and crackers
– read food labels for sodium content.