How far will the FDA go in separating promotional activity from free speech? 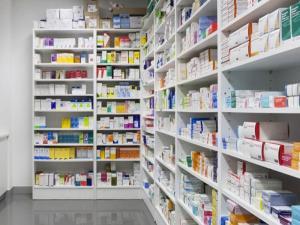 Before marketing any drug in the United States, a manufacturer must obtain permission from the Food and Drug Administration (FDA) in the form of an approved New Drug Application (NDA). As part of this process, the FDA approves the labeling for the new drug. The labeling indicates the purposes for which the drug has been found to be safe and effective. In many situations, after the drug is initially marketed, new indications are discovered that are not referred to in the labeling. In most cases, the manufacturer will seek to amend the labeling by filing a Supplemental New Drug Application (SNDA). However, between the time of the NDA and approval of the SNDA, a gap will occur where the drug may be used for purposes not approved by the FDA.

This is usually not a problem because physicians may prescribe and pharmacists may dispense drugs for purposes that are not indicated on the manufacturer’s FDA-approved labeling, so long as the drug is not prescribed for an experimental purpose and the “off-label” use is supported by valid scientific opinion, usually in the form of peer-reviewed literature or some other authoritative text. The FDA has never attempted to restrict drug use to only those described in the FDA-approved labeling developed by a drug manufacturer. A manufacturer, however, is prohibited from promoting a drug for off-label uses. A drug promoted for an off-label use is considered misbranded.

The guidelines allow the manufacturer to disseminate off-label information if it first agrees to submit an SNDA.

This situation creates an information void for many practitioners. Often the manufacturer and its representatives know about the sources of literature supporting the off-label use. There are situations in which a patient could benefit from an off-label use of the drug but the practitioner does not know about the literature, and, until very recently, the manufacturer could do nothing to alert the practitioner where to look for useful information.

Soon after the guidelines were issued, the Washington Legal Foundation (WLF), a nonprofit public interest law policy center, sued the FDA, seeking an injunction against enforcement of the guidelines. The lawsuit was premised on the theory that the guidelines violated the free speech rights of a manufacturer to disseminate information about a drug unless and until it filed the SNDA.

Soon after this decision was filed, the Food and Drug Administration Modernization Act of 1997 (FDAMA), an amendment to the FD&CA, became effective. FDAMA contains provisions regarding dissemination of written articles and texts discussing off-label uses, similar to the FDA guidelines discussed in the WLF case. Because of the timing of the Court’s decision and the effective date of FDAMA, there was some confusion, at least in the minds of FDA officials, as to the effect on the Court’s injunction. The FDA went back to court and asked the judge for clarification.

All parties agreed that the FDAMA statutes superseded the FDA guidelines on these issues. FDAMA does not address the matter of a manufacturer’s support for CE programs. The FDA contended that the injunction should not apply to the FDAMA provisions. In a subsequent decision, the Court held that the underlying policies embodied in the FDA guidelines are unconstitutional, and the injunction continued. The Court asked the parties to provide additional briefings on whether the FDAMA provisions are also unconstitutional. Not satisfied, the FDA went back to court, seeking to limit the injunction to the guidelines only and not the FDAMA statutes.

By the time of this third go-round, the judge displayed his disgust with the FDA’s attempts to limit the effects of his rulings. He wrote that the government’s argument that the case did not involve “speech” is nothing more than “preposterous.” He went on to state that the requirement that a manufacturer seek a supplemental new drug application to amend the labeling of a drug before disseminating off-label information amounts to “constitutional blackmail — comply with the statute or sacrifice your First Amendment rights.” He concluded that the FDA’s position could not withstand judicial scrutiny.

The FDA appealed these ruling to the Court of Appeals for the District of Columbia. The higher Court seemed no less flabbergasted with the arguments advanced by the FDA. The judge issuing the Opinion for this Court noted that the FDA took inconsistent positions regarding the intent of FDAMA and the guidelines. At times, the FDA agreed with the WLF that FDAMA does indeed limit free speech, but the limitations are constitutional. Under this position, the FDA would have authority to prosecute a manufacturer that violates the FDAMA provisions or the continuing education guidelines. At other times, the FDA argued that the statute and guidelines establish a “safe harbor.” The FDA asserted that the FDAMA statutes ensure certain forms of conduct cannot be used against a manufacturer in a misbranding enforcement action. This later position would seem to be an abandonment of earlier arguments in which the FDA claimed authority to prosecute a manufacturer that violated any of the FDA’s guidelines or FDAMA provisions.
By the time that the case came to oral argument, the FDA firmly embraced the “safe harbor” theory and when pressed, admitted, “neither FDAMA nor the CME guidance independently authorizes the FDA to prohibit or sanction speech.” The Court of Appeals Opinion further characterizes the FDA’s new attitude:

“Were a pharmaceutical company to send out reprints of an article devoted to its drug’s off-label uses to thousands of physicians tomorrow, the government agreed — indeed stipulated — that the agency would draw no independent prosecutorial authority from FDAMA to buttress any enforcement proceeding. And the FDA offers a similar view of the CME guidance: If a drug manufacturer wishes to suggest content to a CME program provider in a manner that runs afoul of all the Guidance’s twelve ‘factors,’ that, by itself, is not a violation of law. Although the FDA retains the prerogative to use both types of arguably promotional conduct as evidence in a misbranding or ‘intended use’ enforcement action, the agency insists that nothing in either of the provisions challenged in this case provides the FDA with independent authority to regulate manufacturer speech.” (citations omitted)

Given the FDA’s firm commitment not to use obvious violations of FDAMA or the CME guideline as a basis for prosecuting a manufacturer when exercising “free speech” rights, the Court concluded that there is no constitutional issue in controversy and that “the dispute between the parties has disappeared before our eyes.” This means that the appeal could be dismissed and the district court’s rulings on the unconstitutionality of FDAMA and the CME guideline could be vacated.

There is some concern that the FDA could still use violations of the FDAMA or the CME guideline in the future to prosecute misbranding allegations if a manufacturer either distributes journals or books or supports programming that discusses off-label uses — even though the FDA admitted that it has no authority to do so in the context of this case. The Court of Appeals observed that the position announced in this case constitutes “nothing less than an official interpretation” that the FDA cannot change unless it provides a reasoned explanation for doing so.

It would appear that, at least for the time being, the FDA is stuck with the fact that it cannot use evidence of a manufacturer’s behavior in the manner described here to support misbranding allegations. There will, of course, be further questions about how far a manufacturer can push this kind of off-label promotion before sparking the FDA into action. For now, pharmacists and other practitioners should be able to discuss off-label uses of a drug with a manufacturer’s representative and be afforded some guidance in accessing independent expertise in the literature and continuing education symposiums.