Vascular: The most common cause of erectile dysfunction is vascular — an impaired blood flow into (arterial insufficiency) or excess blood flow out of (veno-occlusive disease) the penis. Hypertension, hyperlipidemias, diabetes and excessive cigarette smoking are factors known to contribute to vascular impotency (Table 1).

Neurological: Nerve impulses travel from the brain down the spinal cord through the lower back and sacrum to the genital region. Nerve signals cause substances such as nitric oxide and prostaglandins to be released into the blood stream; these substances stimulate the smooth muscle in the cavernosa to relax and an erection follows. Injury to the spinal cord or groin, prostate surgery, multiple sclerosis, and neuropathy associated with diabetes or alcoholism may interrupt these nerve impulses. 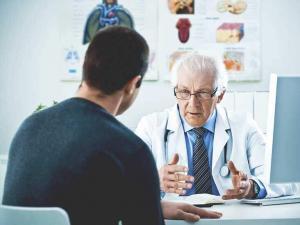 Hormonal: Impotence also may be associated with hormonal imbalance. Testosterone levels normally decline with age and are associated with decreased sexual interest and fewer nighttime erections. Prolactin appears to antagonize testosterone; hyperprolactinemia may be caused by medications, such as buspirone, cimetidine, estrogens, haloperidol, enalaparil, methyldopa, metoclopramide, phenytoin, ranitidine, SSRIs and some phenothiazines, kidney failure or pituitary tumor. In these patients, restoring testosterone levels usually does not restore sexual function and the underlying cause of high prolactin levels must first be treated.

Psychological: Stress and anxiety also induce impotency by raising blood catecholamine levels which oppose smooth muscle relaxation. Fear of sexually transmitted disease, pregnancy, conflict in relationships or performance anxiety are common causes. Purely psychological erectile dysfunction is most often seen in young men, but contributes to erectile dysfunction in men whose impotence is of organic origin. Failure to achieve an erection increases anxiety with each subsequent attempt, perpetuating and compounding the problem.

Medications in certain classes such as antihypertensives, some antihistamines, antidepressants, H2 antagonists, anorexiants, sedatives and anxiolytics have been reported to cause erectile dysfunction (Table 2). If medication is believed to be causing or contributing to the problem, an alternative drug that has a low propensity for causing impotence should be substituted when possible.

Treatments for erectile dysfunction have been slow to develop, but within the past two decades major advances have been made. It is important to keep in mind when counseling your patients with diabetes to understand that successful treatment requires a patient who is willing to admit that a problem exists. The patient then needs to be willing to be counseled, have the treatment options explained and then select a treatment method to see its effect. It is very important that the patient’s partner also be educated about the erectile dysfunction treatment options and counseled about how to be helpful and supportive. 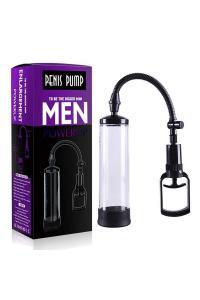 Vacuum constriction devices are a noninvasive alternative for treatment of erectile dysfunction. A plastic cylinder is placed over the flaccid penis and the air in the cylinder is pumped out, either manually or with a battery operated pump. Negative pressure created in the cylinder draws blood into the penis by passively dilating arteries and engorging the corpus cavernosa, resulting in an erection. A constriction band is then placed at the base of the penis to prevent blood drainage and maintain the erection. Penile rigidity is improved using a double pumping technique; applying the vacuum for 1–2 minutes, then releasing it for a minute and reapplying it for 3–4 minutes. It is recommended that the constriction band be left on no longer than 30 minutes. This form of therapy is successful in erectile dysfunction of organic origin, and the majority of patients and their partners report satisfaction. Complaints include the lack of spontaneity using a mechanical device, the time involved in using the device, coldness and lifelessness of the penis, and difficulty and discomfort with ejaculation. Petechiae may develop on the skin of the penis, but no serious injury has been reported. These devices range from pumps that can be purchased from the back of sex oriented magazines for $35-$50 to battery operated devices requiring an Rx that retail for $500–$700.

Penile prostheses are generally considered when other treatment options have failed. A semi-rigid or inflatable prosthesis that simulates an erection is surgically implanted in the penis. The patient should understand that both the appearance of the flaccid penis and the erection produced by these devices is different than normal. Mechanical failure, migration of the device, infection and scarring are complications that usually require reoperation. Improvements in the design of prostheses and in surgical techniques have reduced the incidence of complications, and patient satisfaction is usually high.

Some medical centers are now doing vascular bypass surgery to improve the flow of blood to the penis. In properly selected patients this procedure can be beneficial.

A penile support sleeve has been developed by American medtech that enables a man with a flaccid penis to enter the woman’s vagina. This enhances sexual pleasure and allows the couple to strive for intimacy whenever they choose. The product, called the Rejoyn support sleeve, fits over the penis and straps around the scrotum to provide support to the penis in order to engage in sexual intercourse.