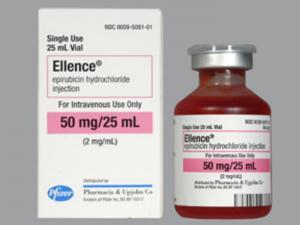 Ellence (pronounced el-LENCE) (epirubicin hydrochloride injection), marketed by Pharamacia &Upjohn, is an anthracycline antineoplastic antibiotic marketed as Farmorubicin(r) outside the U.S. and is currently used in more than 80 countries to treat a variety of cancers, including metastatic breast cancer. Ellence has been recommended by the Oncologic Drugs Advisory Committee to the U.S. Food and Drug Administration for approval as a component of adjuvant therapy for patients with node tumor involvement following resection of primary breast cancer. Although recommended as an adjuvant therapy by the FDA Advisory Committee, Ellence (epirubicin) was NOT recommended as first-line therapy for patients with locally advanced or metastatic breast cancer. This is not the first time Pharmacia & Upjohn has submitted an NDA – New Drug Application – for Ellence for first-line therapy. In 1984, the FDA designated the submission “not approvable” due to an insufficient amount of data. This time around, the FDA Advisory Committee is calling into question overall survival data vs. time to progression in patients with locally advanced or metastatic breast cancer when the drug is used for firs-line therapy. Pharmacia & Upjohn plans to resubmit for this indication in the future. 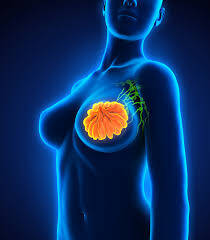 The second trial included 565 patients with early breast cancer and compared a low dose of Ellence (50 mg/m2; CEF 50) with a higher dose (100 mg/m2; CEF 100). These patients were dispensed the drug on day one of 21-day cycles, repeated six times, and these patients were also followed for five years. In terms of relapse-free survival, the higher dose arm produced results that were more statistically significant than the lower dose arm (65% vs. 52%). There was also an observable difference in overall survival between patients who were administered the higher-dose arm as compared to the lower-dose arm, 76% and 65%, respectively.

To support the use of Ellence (epirubicin) for locally advanced or metastatic breast cancer, the company submitted trials similar in design to the above-mentioned studies. One study compared cyclophosphamide, Ellence (120 mg/m2), and fluorouracil (CEF) to cyclophosphamide, methotrexate, and fluorouracil (CMF). This trial provided statistically significant results in favor of CEF with regards to improvement in time to progression (8.8 months vs. 6.3 months); however, CEF did not prove to be better than CMF in terms of overall survival (20.1 months vs. 18.2 months).

The second study compared CEF 100 to CEF 50. No difference in overall survival or time to progression as a result of dose was observed. A notable difference was recorded in response rates, being 49% for CEF 100 and 36% for CEF 50. Had this been an accelerated approval, the difference in response rates and the improvement in time to progression may have been taken into account by the FDA Advisory Committee. However, these variables are usually considered more seriously in cases of accelerated approval.

The adverse events observed in the clinical trials are those commonly associated with cancer therapies. Some of these side effects are nausea, vomiting, febrile neutropenia, and stomatitis. More chronic toxicities include leukemia, a drop in left ventricular ejection fraction (LEVF), and congestive heart failure (CHF).